Are you planning to move to the big smoke for the first time? Or perhaps the capital is already your home, but you’re hoping to explore a new area?

If this is the case, the safety of the different London boroughs will be of paramount importance. 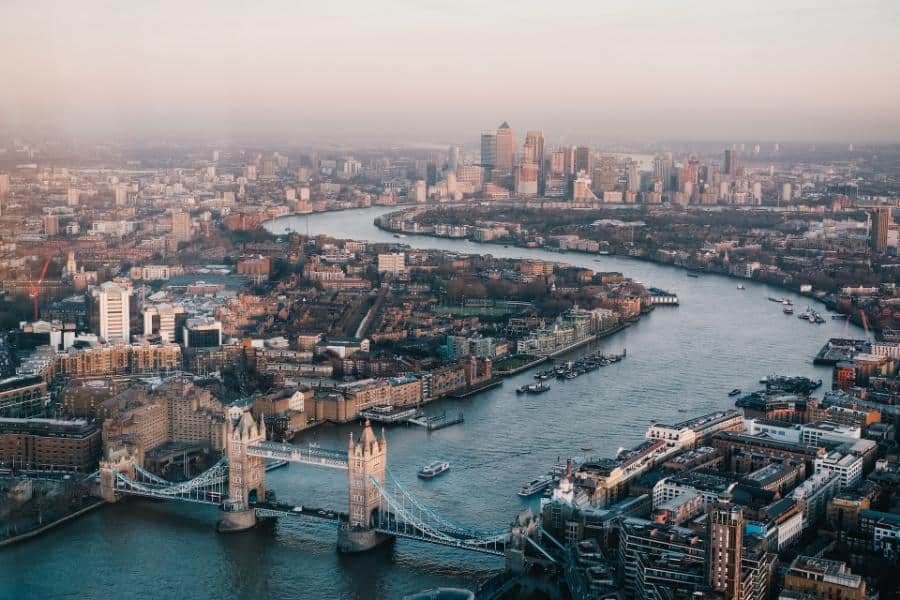 Many people have differing opinions over London’s best and safest areas. However, this article will explore the different factors that make a location ‘safe’, discussing the 12 unique areas considered the safest in London.

What Makes an Area Safe?

Of course, there are many factors to consider when labelling a borough as ‘safe’ or ‘unsafe’.

Whilst this article will rely on the Met Police crime statistics, you must consider that your personal circumstances and family dynamic will significantly impact whether you deem an area safe.

For example, excellent transport links generally mean an area is considered safer. This is because boroughs with fast commutes into central London tend to attract lots of investment. In turn, this creates jobs in the area, which helps to reduce crime.

Moreover, excellent transport links mean people are not forced to walk home alone, which encourages a feeling of safety in the community.

In addition to this, excellent educational establishments often lead to safer areas. Great schools tend to produce teenagers that attend excellent universities, with young adults that return to the area for well-paid jobs. Large green spaces and local parks are often also linked to safer places in London.

Many people are concerned about the levels of crime in the capital. Whilst there are clearly many improvements needed, it is unfair to say that London is an unsafe city.

The population of London is now approaching 9,000,000, and so inevitably, reports of crime are going to be more frequent than in smaller cities across the UK.

Understandably, many fear violent crimes when considering moving the London. However, a significant portion of reported crimes relate to property theft. Bike theft, in particular, is a huge issue in London.

With a crime rate of 64 occurrences per 1000 people, Richmond is considered the safest area of London. It has excellent connections to central London, fantastic schools and plenty of tourist attractions. So, it is no surprise that the average house price in Richmond is a staggering £855,088, with an average rental price of £3,349 per month.

Richmond is best known for its amazing Richmond Park. With over 630 free-roaming red deer, Richmond Park is one of the most beautiful green spaces in the UK. The surrounding areas are quaint and picturesque, filled with independent cafes and lots of artisanal shops.

Richmond is accessible by the district line and several bus routes, making it a perfect place for those who work in the city but prefer to live somewhere with a more rural atmosphere.

Harrow is situated in North West London, between Hillingdon and Barnet. The boundaries for the borough of Harrow were formed In 1934, but the borough wasn’t officially created until 1965. There are three main towns here: Harrow, Stanmore and Pinner.

One of the biggest attractions in Harrow is the Bently Priory Museum, a beautiful grade II-listed building. Bently Priory was also the Headquarters of the Fighter Command during the Battle of Britain, and therefore tourists flock here to learn about this pivotal point in history.

This borough has excellent schools, with Harrow Boys School ranking in the top five Independent schools in England. The average house price in Harrow has risen 14% in the last year, and now stands at £564,493. Interestingly, the average monthly rental cost in Harrow is £2,117.

Located in South London, Merton borders the boroughs of Sutton, Kingston-Upon-Thames, and Wandsworth. Merton is best known for being the home of the affluent area of Wimbledon, which hosts one of the most significant sporting events in the world each year.

There is a strong sense of community in Merton, with the area being extremely suburban considering its proximity to central London.

Aside from the tennis, the biggest tourist attractions in Merton include Deen City Farm and Morden Hall Park.

Bexley is located in East London and has a population of just under a quarter of a million. It is packed with green spaces, including Foots Cray Meadows and Danson Park.

Bexley is extremely popular amongst young families, who want to live within a commutable distance of central London, but enjoy the space that this East London borough affords. The area is home to various grammar schools, including Bexley Grammar School and Townly Grammar School.

With 75 crime occurrences per 1000 people, Bexley is considered the fourth safest borough of London.

Situated in South West London, Sutton is one of the safest areas in London. It is just south of Wimbledon, making access to central London extremely straightforward. The borough of Sutton is packed with beautiful parks and plenty of golf courses.

The centre of Sutton is beautiful, with enough restaurants, bars, and shops to keep even the most restless family entertained. A massive draw to Sutton is that the whole high street is pedestrianised, allowing individuals to peruse in a much more relaxed manner.

Mayfield Lavender Farm is one of the biggest attractions in Sutton, open in the summer months for tourists to snap the perfect Instagram shots in the incredible purple fields.

Kingston-Upon-Thames is a historic waterfront market town, home to some of the most beautiful and expensive, homes in the capital. Located in South West London, sandwiched between Richmond and Merton.

Situated on the south bank of the river Thames, Kingston-Upon-Thames is extremely popular with tourists. The area is highly picturesque, with lots of stunning architecture.

Incredibly, there are over 500 shops in Kingston-Upon-Thames, ranging from tiny independent boutiques to global high-street names. However, perhaps the most interesting shopping area is the ancient market, which can be dated back to the early 2000s, and is open seven days per week.

Barnet is the northernmost borough of London and is considered one of the safest. It was created in 1965 by combining several areas from Middlesex and Hertfordshire, and it now has a population of over 395,000.

Two of the best attractions in Barnet are the Jewish museum and the Royal Airforce museum. Barnet is connected via the Northern Line, meaning central London is accessible in just thirty minutes. This means that Barnet is an excellent commuter area for those who work in central London but desire a little more space.

By area, Bromley is the biggest borough in London, covering a whopping 150 square miles. Nestled in Zone 5 of South East London, residents can be forgiven for forgetting they are in the capital city. It has none of the hustle and bustle of central London but instead has a much more suburban vibe.

Some of the best things to do in Bromley include visiting the Chislehurst Caves, strolling around Crystal Palace park, and marvelling at Down house – the family home of Charles Darwin.

Bromley has 79 offences per 1000 people; the three most common are violence against the person, theft and vehicle offences.

Havering is a borough in East London, with just over a quarter of a million people. It is best known for its principal town of Romford.

Like many others mentioned on this list, Havering has excellent parks and outdoor spaces, which help massively in reducing the amount of crime in the area. This high volume of green space gives the borough of Havering a countryside feel – but it remains easily accessible from central London via the district line.

Wandsworth is a trendy area of London, situated east of Richmond and south of Chelsea.

Battersea is inside the borough of Wandsworth, which attracts tourists from around the world with its newly renovated power station and incredible park.

Aside from Battersea park, Wandsworth also has many other outdoor spaces, including Clapham Common, Putney Heath and Wandsworth Common.

Wandsworth is considered one of the safest areas in London, with 87 crimes per 1000 people. Violence against the person and theft are the two most common crimes in Wandsworth.

Hillingdon is the second largest London borough, located west of the capital. Hillingdon is perhaps best known for being the home of Heathrow Airport. There are ample green spaces in Hillingdon, including Newyears Green, Stockley Park and Ruislip Woods.

Hillingdon is an affluent area of London, with the average house price in the last twelve months being £492,814. The average monthly rental cost in Hillingdon is £1,847. Hillingdon is on the Metropolitan and Picadilly lines, so it has excellent connections to central London.

One of the biggest attractions in the borough of Hillingdon is Ruislip Lido. This 60-acre lake has beautiful sandy beaches around the shore, attracting visitors in their thousands on warm summer days.

Redbridge is a borough in North East London, with Barking to the south and Walthamstow to the west. It is considered the twelfth safest area in London, with 90 crimes per 1000 people. The most common crimes in Redbridge are offences against the person.

One of the highlights of Redbridge is the beautiful Fairlop Waters country park. Visitors can walk or cycle around the magnificent open space to enjoy a slice of the outdoors. However, if you prefer to explore by water, sailboats, rowboat, and paddleboats are available to hire.

If you’re in the area and want to learn more about East London, head to the Redbridge Museum.

Where Are the Least Safe Areas in London?

However, you should be aware that this is a very simplistic way to view which are the safest areas in London.

For example, if the figures are viewed in relation to drug offences alone, Westminster, Tower Hamlets and Barking and Dagenham are considered the least safe areas.

Whereas, when looking at robbery offences, Westminster, Hackney, and Southwark become the three least safe areas.

As you have seen, Richmond Upon Thames is considered the safest area in the capital. It has very low crime statistics, excellent green spaces and world-renowned schools.

So, it is unsurprising to learn that this is also one of the most affluent and expensive areas of London to buy a property, with an average price of over £850,000.

As discussed, you should consider many factors before choosing a location to live based on safety. This will depend on whether or not you have a young family, where you work, and your housing budget.